Before Cavan County Council can undertake any developments or works, it must first complete the planning procedure as set out in Part 8 of the Planning and Development Regulations 2001 (as amended).

A development carried out by a Local Authority is often referred to as ‘Part 8’ development. This is a reference to Part 8 of the Planning and Development Regulations 2001, as amended, which sets out the procedure for carrying out such developments. Such works would include developments such as the construction of houses, roads, swimming pools, public toilets and more.

What is the procedure for carrying out a Part 8?

After the expiration of the period during which submissions or observations may be made, a report is presented to the members of the Council. This report contains, amongst other items, a list of the persons or bodies who made submissions, along with a summary of the issues raised by them and the Chief Executive's response. This report recommends whether or not the proposed development should be proceeded with as proposed, or should not be proceeded with.

Details of current applications may be viewed at the bottom of this page, under the Related Links heading 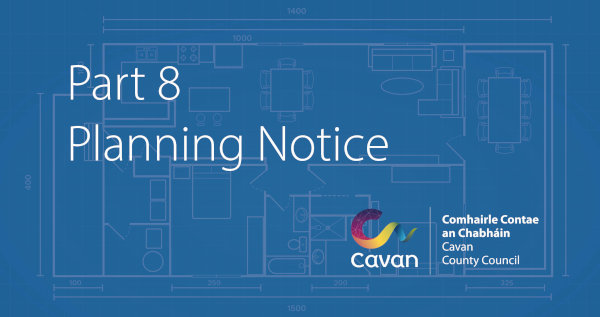 Thank you for contacting Cavan County Council, we will review and deal with your query and contact you if we require further information.
Back to top